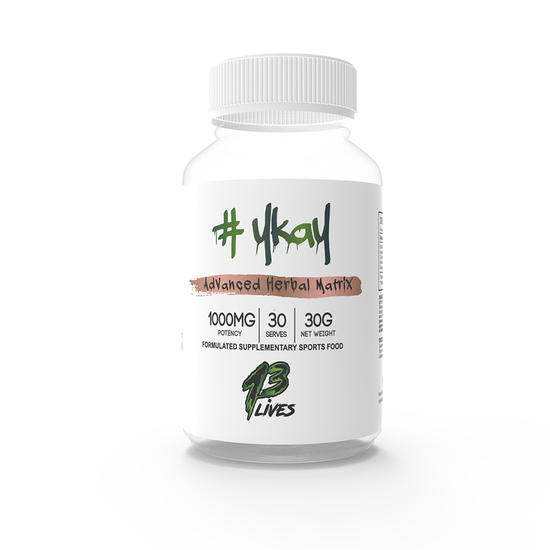 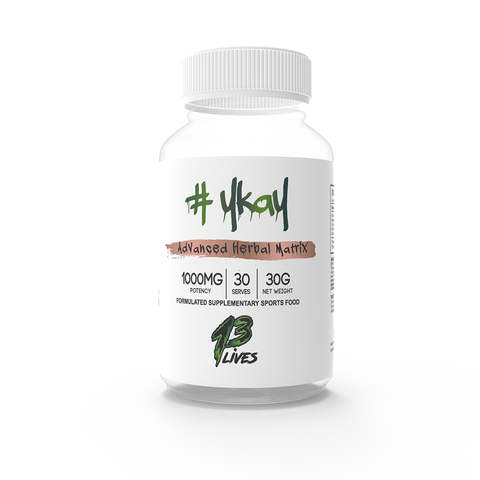 Regular price $139.90
Or
Avalability: Out of stock

Lacking Focus in the gym?
Having trouble breaking through that plateau?
Spending hours in the gym are not seeing the results you’re after?
Then 13 lives Ykay is the product for you, With the Combination of performance enhancing mushrooms such as Lions Mane and Cordyceps, with the inclusion of exogenous BHB Ketones to create energy and focus without the vasoconstrictive stimulation of caffeine, your primed to take on the workout ahead. Included in the
formulation is the addition of Epicatechin, this product is profoundly known for its ability to increase performance via mechanism in the body.

Lion’s Mane a mushroom that has been used for many years is traditional hinese medicine, although its recent discoveries to increase human performance have brought it into the spot light of recent. It has high amounts of a compound called β-glucan polysaccharides (a naturally occurring type of glucose polymer). It is also containing amounts of hericenone and erinacine, which in conjunction with β-glucan are the prime compounds responsible for the benefits associated with Lions Mane such as increased cognitive function, reduction in inflammation and fatigue reduction during physical activity.

Pine Pollen is an awesome addition to this formulation as it has a very similar benefit to Lions Mane in that it can reduce fatigue, but it also has remarkable impact on natural testosterone levels and is rich in minerals such as calcium and magnesium and a variety of b vitamins. The increase in natural testosterone was
reported due to a discovery of 0.8 micrograms of testosterone was found per 10g of Pollen. A raise in testosterone can have massive impacts on muscle recovery, male fertility and protein synthesis.

Cordyceps have been made popular as of recent due to it promising potential health benefits. For years it has been used in Chinese medicine to treat fatigue, low sex drive, and a variety of sickness. But it has become increasingly popular due to its potential to boost exercise performance and the way that your body uses oxygen during exercise. A study tested the impact on exercise capacity in 30 healthy adults with one group receiving a synthetic strain of Cordyceps call CS-4 and the other a Placebo. By The end of the study a report of a 7% increase in VO2 max was found in participants given the CS-4. Further studies were also
conducted with Corcyceps-containing mushroom blend and Vo2 was reported at an increase of 11%. In athletic performance, an increase in VO2max (total oxygen uptake) can have a massive effect on aerobic endurance and cardiovascular fitness. l-epicatechin Optimal Aerobic capacity is in direct correlation to skeletal muscle function and exercise performance. Aerobic Capacity is greatly impacted by physical exercise, linked directly to increases in Mitochondrial volume. The ageing process although with muscle atrophy along the human lifespan showed reduction in mitochondrial volume so a study was
then conducted to view the impact of l-epicatechin in 12 month year old mice and reducing mitochondrial degeneration and health impacts associated with it i.e.
weight gain, decrease in neat metabolism. After a 15 day administration of l-epicatichin the studies had concluded:
- Delayed onset muscle fatigue
- Increased mitochondrial volume

These results were found when the test group was compared to a group given a placebo. It was noted in the study that the low dose of l-epicatechin in mice showed indication that it can have great impacts on reducing mitochondrial degeneration due to muscle

atrophy which can as a result can sustain lean muscle tissue and increase exercise performance.

When trying to increase performance in the gym and increase mental focus most athletes really on caffeine but the addition of BHB Ketones to 13 lives YKAY allows that mental clarity and energy without the negative side effects such as vasoconstriction and anxiety that can be quite common. BHB Ketones are usually
abundant within a ketogenic diet plan consisting of low carb moderate to low protein and high fat, by the addition of BHB Ketones to this product you obtain the cognitive benefits associated with a Ketogenic Diet and Elevated Ketones. For
Athletic performance being in a fat adaptive state and having ketones readily to use in the body can be a major positive as they have been proven be a more efficient source of fuel for aerobic performance.